TO THE CASTLE OF CASTELNOVO, A CASTLE IN THE HILLS

The Castle of Castelnovo occupies a panoramic position where the first hills of the Tidone Valley look out over the plains of the Po, in the province of Piacenza.

The foundation of the castle is not documented, but most historians place it in the times of the Emperor Frederick Barbarossa, during the wars between the free city states, united in the Lombard League, and the Holy Roman Empire.

Today the Castle preserves its 14th-century structure, with a central courtyard, corner towers, a moat and drawbridge. Later, significant changes took place to “modernise” the castle in accord with Renaissance and baroque taste, such as the scenographic outside staircase added on the northern side of the courtyard.

The castle is surrounded by an elegant park in the romantic style, with statues and magnificent trees, including a splendid cedar that shades the façade. 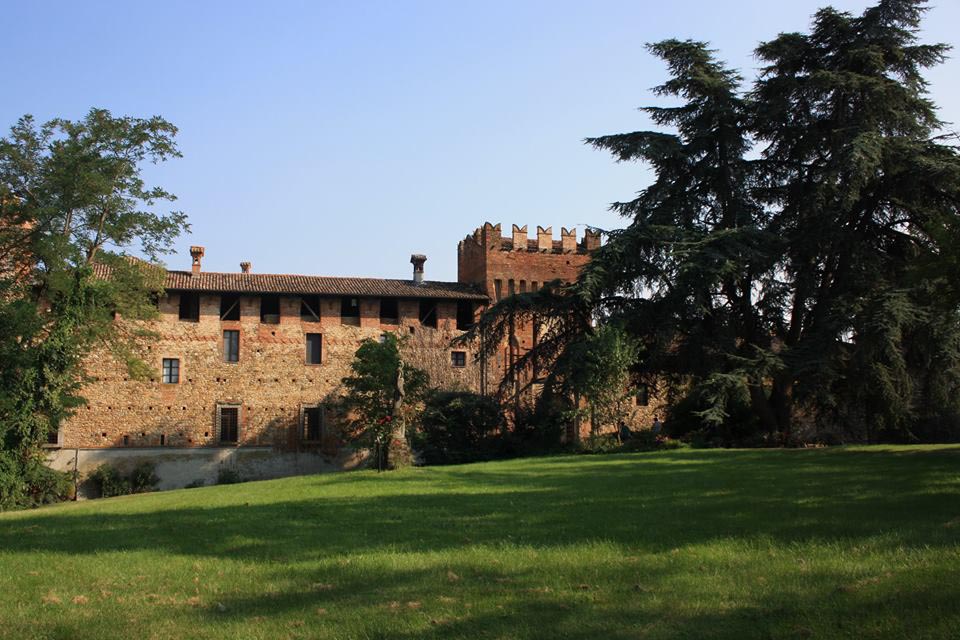 DISCOVER THE CASTLE OF CASTELNOVO ON A GUIDED VISIT

Atlante will take you on a visit of the Castle of Castelnovo*: together we will visit the courtyard with the well, the private chapel, the Pink room, the dining room and the room with the fireplace, as well as the apartment of the loggiato.

Entrance (including guided visit): € 10 per person

Children below 6 (accompanied by an adult): free

LENGTH OF THE VISIT

* The Castle can only be visited on a guided tour.

WE BEGIN OUR VISIT HERE ...

The well preserved mediaeval structure is quadrangular, with 4 corner towers, and was certainly erected by the powerful Arcelli family, who made Castelnovo one of the most important defensive points of the county of the Tidone Valley. Other notable modifications, visible particularly on the northern side of the central courtyard, are due to the Dal Pozzo Farnese and Marazzani families, both present at Castelnovo from the 15th century. 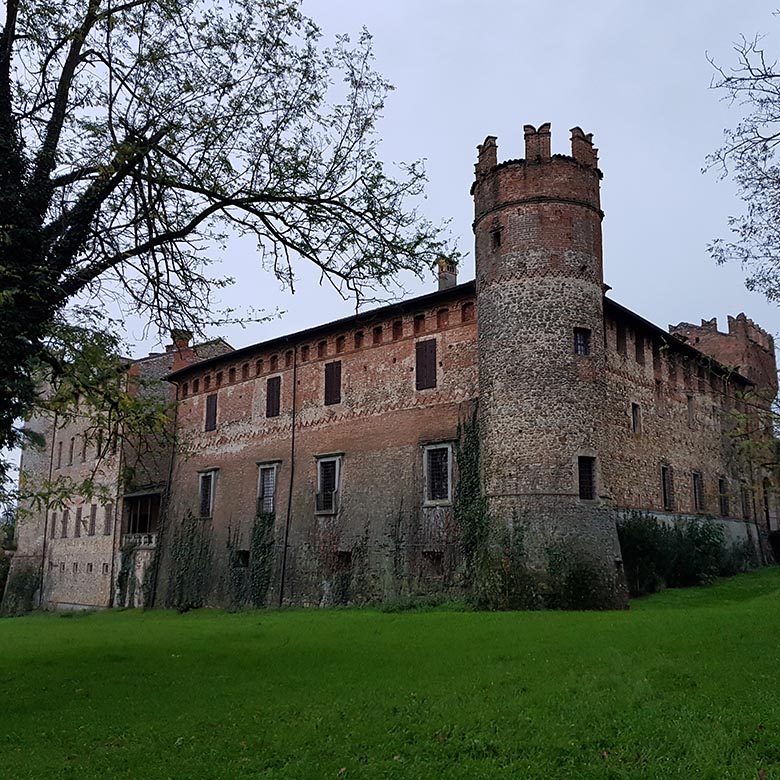 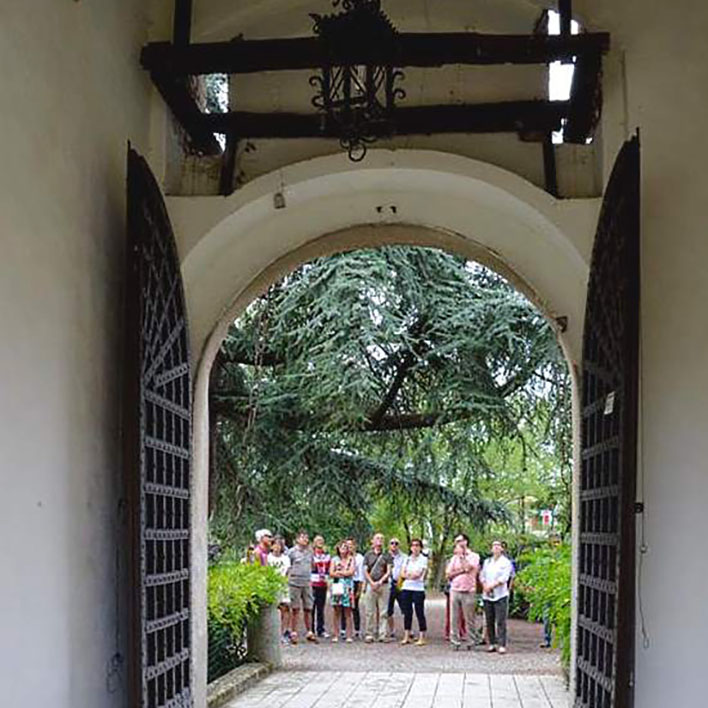 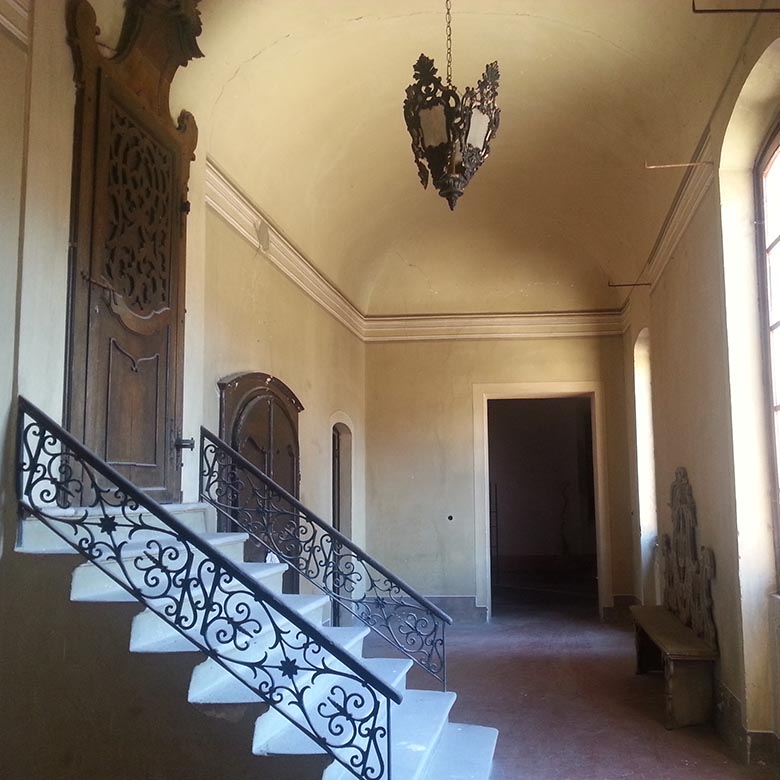 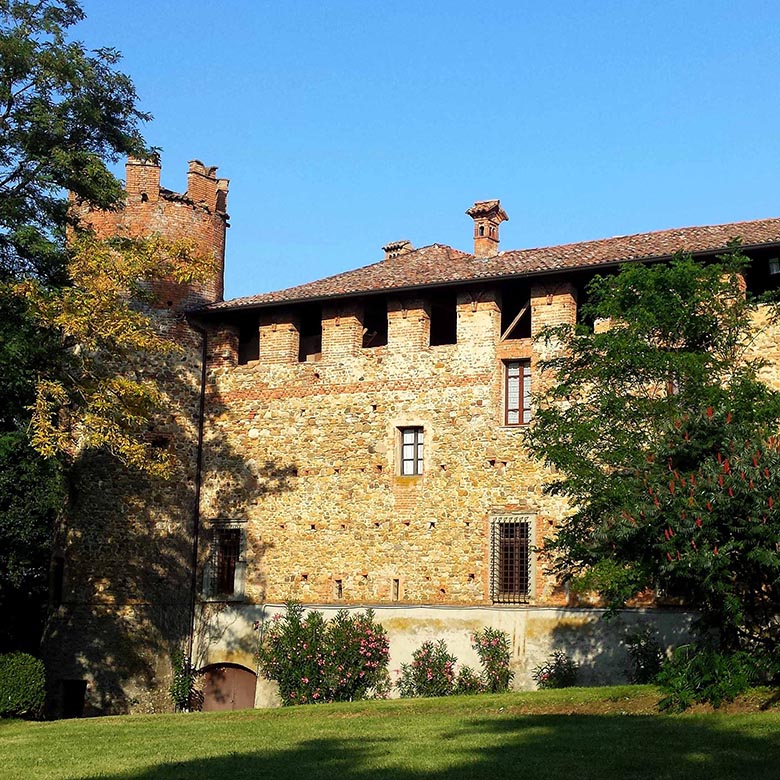 The grand staircase with 5 ramps immediately attracts our attention: it gives a baroque feel to the castle, leading visitors from the courtyard to the Renaissance loggia (today closed) on the first floor.

The Marazzani, who made this their home, entertained two important visitors here: the Duchess Maria Amalia of Bourbon in 1773 and the Duchess Marie Louise in 1832. The 19th-century decorations in the Pink room and the apartment on the first floor where the good duchess rested, date back to this second visit.

Since 1932 the Castle has belonged to the Genoese family of the Princes De Ferrari, who opened the little chapel on the ground floor, dedicated to Nostra Signora Assunta e del Carmine (Our Lady of the Assumption and Mount Carmel), where you can admire the admire the fresco of the Virgin with Saints Roch and Sebastian, much loved by the people of Castelnovo, who addressed their prayers to her in times of plague.